Why use Automation Testing?

At MetaSys, we use  automation testing for many of our projects to deliver within timelines and within budget. As an application keeps on evolving, the number of regression test cases to be executed keeps increasing and becomes extremely time-consuming. Regression testing refers to the re-running of tests to ensure that previously tested software still performs after a change. Despite its importance, regression testing is particularly tedious and repetitive as many of the same test cases are executed for every sprint release cycle. We often employ the Agile testing methodology, which follows the philosophy ‘Test early, test often’. With tight schedule sprints, it becomes very demanding to execute the required testing. Automation testing is essential to maintaining software quality alongside fast paced development.

Using automation regression testing has significantly increased our test coverage, and thereby improved the quality of the software we deliver to our clients.

Advantages of Automation Testing over Manual

At MetaSys we follow the following seven steps for automation testing.

There are many automation testing tools available on the market. Some tools are open source, and some are paid so we choose the tools according to the requirement and available budget.

Here’s a list of some commonly used Automation Testing tools: 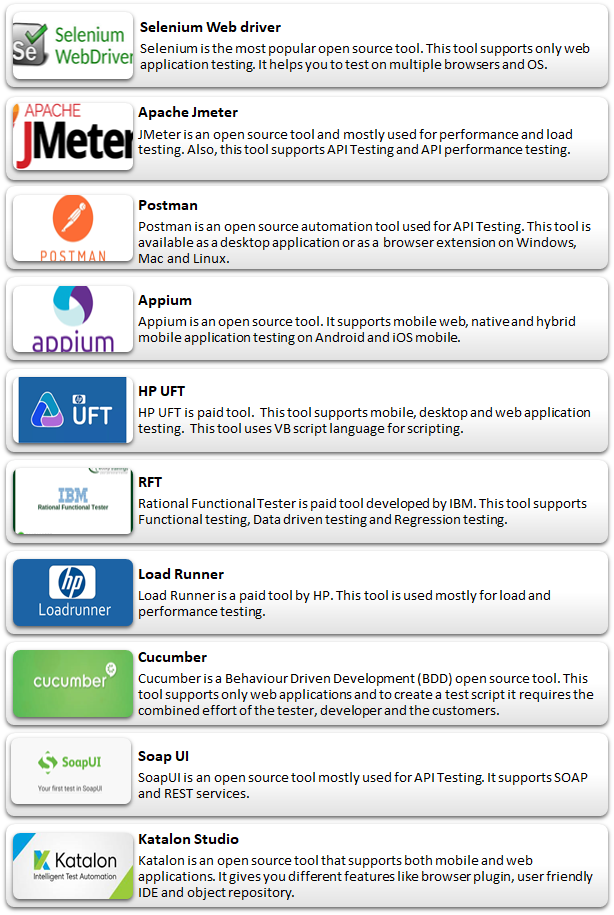 At MetaSys, we use different automation tools and frameworks as per the requirement of the project.  We have expertise in functional, regression, performance, API and mobile testing using a wide range of automation tools.

At MetaSys, we have a team of experienced testers who test solutions using appropriate tools. Feel free to reach out to us at https://www.metasyssoftware.com/contact for more details.